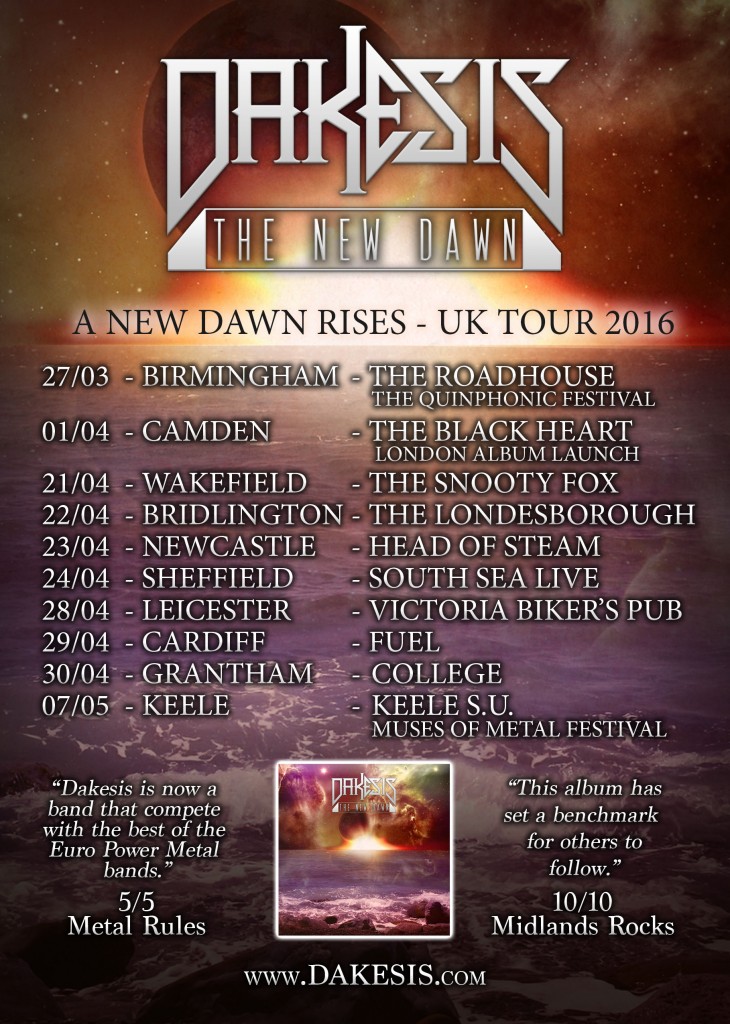 We are still recovering (and bouncing off the walls) from the emotional roller coaster that was our official album launch on 10th March at the Birmingham O2 Academy.

The good news is, if you didn’t manage to make it down to our show, we are delighted to share with you our upcoming UK tour “A New Dawn Rises”, which will see us up and down the UK showcasing some of our brand new tracks off our latest album. This also includes our second album launch party in Camden.

The tour consist of 10 dates;

27th March 2016 – The Quinphonic Festival at The Roadhouse, Birmingham

* With support from the excellent Sellsword!

Details of tickets and information for each event can be found on our tour section of the site here.

See you on the road!