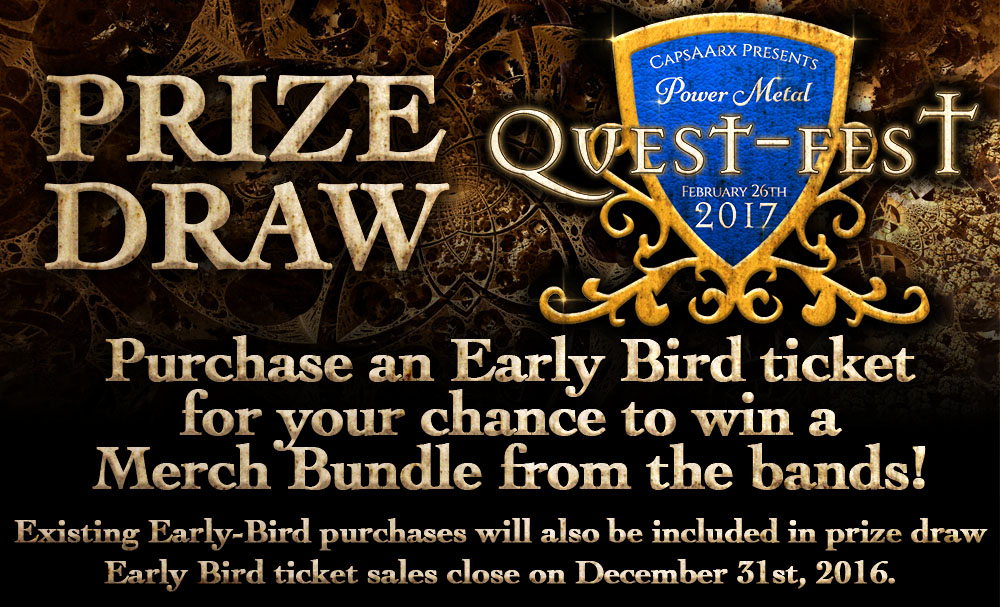 You may have seen our lovely little festival cropping up here and there over the past few weeks. After toying with the idea of putting on some Power Metal shows, Gemma and I teamed up with our label CAPSAARX to put together the first ever Power Metal Quest Fest. This will showcase the best UK unsigned and independent Progressive and Power Metal Bands.

The event will be held on Sunday 26th February 2017 at The Roadhouse in Birmingham and Early Bird tickets are currently on sale at just £5 (that’s less than 65p a band!!! ).

As if that wasn’t enough, the bands announced for next year’s show have kindly donated an array of merchandise for our competition, which one lucky winner will receive.

To enter all you have to do is purchase and Early Bird ticket before 31st December 2016 either via the Power Metal Quest Festival website, or through our store here.

Existing purchases will also be included in the prize draw.